The AHS Hotel finale has come and gone. I purposefully waited until the end of the season to write the last review. I thought maybe She Wants Revenge (ep. 9), She Gets Revenge (ep. 10), and Battle Royale (ep. 11) would be worth reviewing individually but ultimately they were different episode synopsis with the same issues that have been plaguing the season. The biggest problem Hotel had was in its mishandling of the actors and characters. Despite how cliched or predictable the plots may be, AHS has been successful because its characters have been worth watching. Not so much for Hotel.

While Hotel started off pretty promising (there were a lot of themes and ideas that could have linked to previous seasons well), what we got was a lot of fumbled storylines and a cast too big for its own good. The show tried too hard to give screen time to characters who did not always deserved it. We spent too much time with Wes Bentley’s Detective Lowe. The show was clearly setting us up to sympathise with him in order for the big twist to be more spectacular but we got a lot of whining and not enough action. We also spent too much time with Gaga as The Countess, a woman whose emotional range alternated between slight contempt and the semi-smile. Yes, there were some emotional (read: crying) scenes that flexed her acting muscle but she did it better in her music videos. The Countess needed to have been more than what we got. She was so vital to the show. She controlled the ghosts and victims within Hotel Cortez and she manipulated the living in the outside world. She was truly a connection between the natural and supernatural. Her storyline (lost love and abandonment issues) would’ve been fine if she was just another background character and not the “heart” of the show. As talented as Gaga is in her own right, she did not deserve the Golden Globe for what was an unimpressive performance and a not-so-cheap attempt at drawing audiences in.

As a result, some of our favourite recurring actors were underused, underdeveloped and at times felt unnecessary. Hypodermic Sally was a personification of what 90s parents feared grunge would do to their kids. There was little depth with her character, definitely the laziest backstory Paulson has had to work with so far. Her “relationship” or “connection” to the rape monster thing was shock value done wrong. Mother and son duo Iris and Donovan, Kathy Bates and Matt Bomer, were essentially a soap opera dropped in the middle of a supernatural world.

Lastly, Evan Peters. Oh, Evan, Evan, Evan. I’m still dumbfounded as to why some people consider his role Murder House so romantic when he was a literal killer, rapist, and psychopath. Just because he loved Violet doesn’t absolve him of dousing a man in petrol and setting him on fire, or, you know, being the perpetrator of a school shooting. But I digress. His role in Hotel was cartoony and it never got better. All he needed was to fiddle with his pencil moustache to complete the look. His partner in crime, Hazel Evers (Mare Winningham) was a much more complex and fascinating character.

In even in a bad season there is bound to be at least one good episode. For Hotel it was Devil’s Night, the Halloween special. That really brought back the feel and intrigue of early seasons. Lily Rabe was particularly fantastic as Aileen Wuornos. But there were also other great moments in between the mess. Denis O’Hare as Liz Taylor was quite a beautiful character. She was the real heart of the Cortez. Her relationship with Tristan (Finn Wittrock) came out of left field and was actually quite unnecessary but at least she had some happiness and ultimately, she was the real star of the show.

The season finale, Be Our Guest, didn’t actually feel like a finale should have. We got a cameo from Billie Dean (Sarah Paulson’s character from Murder House) that really didn’t go anywhere. Much like Gabourey Sidibe’s cameo in Battle Royale, which did little other than undermine Coven by having a powerful witch being taken down by ghosts with no repercussions. Everything was wrapped up a little too nicely. Not that happy endings are a bad thing, this just felt a little too “happily ever after”.

All in all this was a season not even Jessica Lange’s presence could have saved. Too many plot points left unanswered while others were explained away in careless swoops. The star studded cast was a clear sign that the show was desperate for viewers to stay put and, like all other shows that have tried it, this was bound for failure. Having said that, you know I’m going to be watching if another season of AHS comes to pass. Like Macbeth said, “I am in blood stepped in so far that should I wade no more, returning were as tedious as go o’er”. 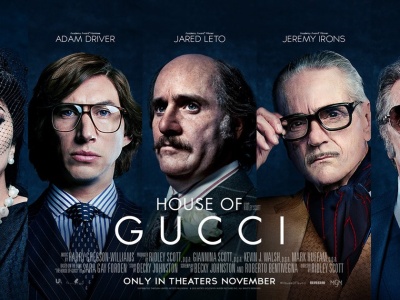