It is exceedingly rare that Pixar Animation Studios get the feeling of emotionality and innocence of their movies wrong, and the latest film from the acclaimed creators, Luca, is no exception – even when the story doesn’t delve into the truly hard-hitting feels that Pixar are usually known for.

Luca follows its titular character (voice by Jacob Tremblay, Room), a fish-like creature who is a reserved spirit, usually under the strict influence of his parents, who rarely stray far from their ocean home. That is until Luca befriends a rogue (also fish-like creature) character named Alberto (voiced by Jack Dylan Grazer, It), who is more unafraid and outgoing… and who also can turn into a human when he leaves the water, much to the shock and surprise of Luca, who soon discovers all the anthropomorphic fish possess this ability. The two friends embark on an adventure together, exploring a coastal town in Italy and discovering everything this new, human world has to offer them.

Luca and Alberto soon meet Giulia (Emma Berman), a pocket-rocket of a human being with goals and dreams that captivate the attention of the two fish-boys. Together the three begin to work on competing in a local race that strengthens their friendships, all the while Luca and Alberto hide their true identities from Giulia and the town.

In no way to its detriment, Luca is a simple tale of friendship. Following the formula of a traditional love story to engage the audience into the relationship of Luca and Alberto – this film doesn’t reinvent the wheel when it comes to storytelling. In fact, a lot of the emotional beats and arcs in the story are predictable in a sense. However, this does not stop any of the heart, passion and feeling that comes from this incredibly touching coming-of-age story.

Co-writer and director, Enrico Casarosa, captures the innocence and wonderment of being a child very well in this film. The detail placed on the characters and their subtleties captivates in an engrossing way. Right from the exciting and mysterious opening scene, a smile will be all over the face of the watcher and will most likely stay there until after the credits have rolled.

Casarosa uses a fantastic blend of photo-realistic scenery to capture a warm and vibrant part of Italy. There were countless times of genuine awe at the design of the rolling ocean and the pebbles that it met on the shore. But then in the same shot, the juxtaposition of the large eyed, cartoonish characters adds to a sense of escapism that so well blends with the emotional tone of the film. Through this visual, the audience is made to feel the escape that Luca and Alberto are chasing after.

The voice-acting from our main trio (Tremblay, Grazer and Berman) is phenomenally charismatic! Each actor encapsulates the varied personalities of each different character so distinguishably well. The passion put forward by Casarosa’s story is matched with the passion of the characters through these performances.

And it wouldn’t be a Disney film without hilarious, animal side characters – and Luca serves up a couple of great ones! Whether it’s Sacha Baron Cohen’s cameo as Luca’s uncle from the ‘weird, deep parts of the sea’, or a mustache-donning cat who is always suspicious of the fish-like nature of our main characters, Disney once again prove that bug-eyed, ridiculous animal character will never fail to get a solid laugh.

Luca is a simple story of friend told with incredible heart. It’s a funny and wholesome film that is suitable for the entire family and is not one to be missed on Disney+. 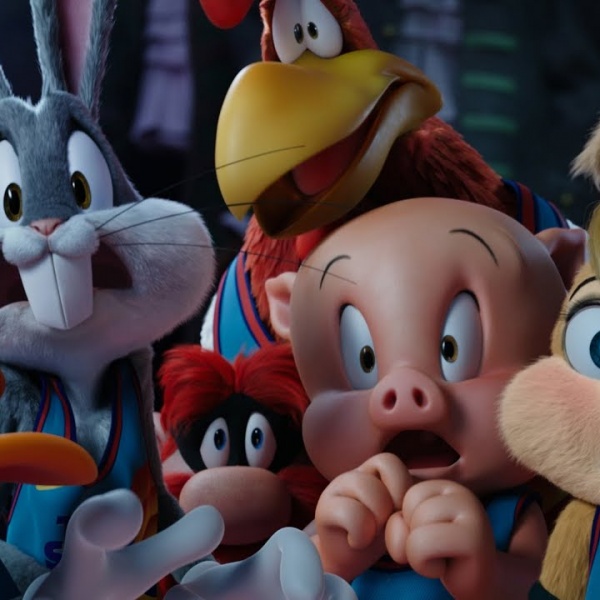