As the games evolved into more brutal, bloodied affairs including X-ray modes showing breaking bones and amputating limbs, it only makes sense that the new iteration of the film, helmed by first time director Simon McQuaid, follow suit and truly earn its R18+ classification here in Australia!

It has been over 25 years since the release of Paul W.S. Anderson’s adaptation of the beloved video game franchise (now boasting 23 games in its catalogue), 1995s Mortal Kombat. A cheesy action film that over the last decades has found more of a cult following, with many fans and hardcore viewers being able to forgive the faults and flaws of the movie, admiring its attempt to match the tone and feeling of the then arcade game.

Mortal Kombat stars Lewis Tan (Into The Badlands, Deadpool 2) as Cole Young – an amateur MMA fighter who is summoned along with Earth’s best fighters to battle the enemies of the Outworld – lead by Shang Tsung (Chin Han, The Dark Knight). United by a peculiar birthmark in the shape of a dragon, Cole must work alongside famed characters Sonya Blade (Jessica McNamee, The Meg), Jax (Mechad Brooks, Supergirl) and Kano (Australia’s Josh Lawson, Long Story Short) to defeat their enemies and save Earthrealm.

This film opens incredibly strong with a phenomenal action set piece involving Hanzo Hasashi (Hiroyuki Sanada, The Wolverine) having to defend his family and clan in 1800s China. Engaging in a furious battle with a rival ninja clan led by Bi-Han (Joe Taslim, The Raid). This prolonged (and bloody awesome) fight scene sets the pace and tone for the first 30 minutes of the movie, which moves at breakneck speeds by introducing the main players throughout well-crafted action set pieces.

While at points during the second act, the pacing of the movie does slow as characters must take part in ‘quests’ in order to upskill their powers and get to the locations they need to in order to advance the story – the script (penned by Greg Russo and David Callaham) drops in a few quick and violent encounters or utilise the comedic relief in Kano to break up the monotony. At times, it does feel like Kano’s constant one-liner dialogue can push the limit of how much an audience wants to put up with an intentionally annoying character – but right in the nick of time, the character arc is revealed and makes good use of his crude and foul demeanor.

The major strength of Mortal Kombat (and arguably the main element this movie needs to succeed) is the amazing action and violence. Director Simon McQuaid has held his own in his first feature film, opting to utilise the incredible talents of the stunt workers and actors in wide shots, rather than the close-up-quick-cuts action most directors tend to use these days in film to hide bad choreography. In turn, this directorial choice makes almost every single fight scene engaging and exciting!

The other strong element of Mortal Kombat’s success in fun is the brutality of the violence itself. There is not a punch, kick, stab or slice of a blade that doesn’t end in copious amounts of blood flowing. But that is exactly what the fans are signing up for – and Mortal Kombat truly delivers on that front.

In terms of story – there isn’t much to break down. And honestly, this film did not require it to still feel engaging. That fast paced first act wastes no time getting into the meat and bones (and blood) that is required to get the movie kickstarted. Even with the odd overly exposition-based scene littered in here or there, the absolute fun that Mortal Kombat is having outside of these moments with the intense violence, cheesy dialogue and entertaining characters that holds the film together.

Mortal Kombat is a faithful adaptation of the new-era of the video games. Fans should be pleased with the amount of characters that pop up throughout the film, along with the promised blood, gore and violence of an R18+ rating. After breaking the record for highest viewed R-rated trailer and the fantastic response that received – if you go into Mortal Kombat enjoying the trailer, you will enjoy the movie too!

A faithful adaptation of the new-era of the video games. Fans should be pleased with the amount of characters that pop up throughout the film, along with the promised blood, gore and violence of an R18+ rating. 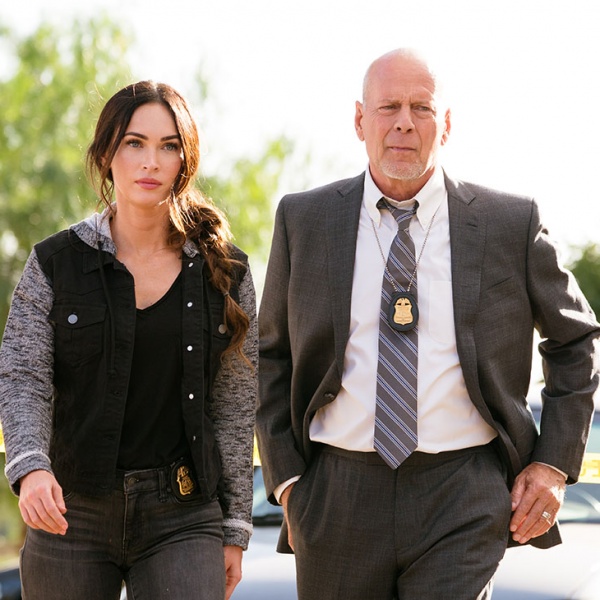