Roughly one year ago, 90’s babies such as myself rejoiced at the news that Film studio Lionsgate teamed up with Saban Brands to release a new live action film based on the iconic Power Rangers property. It was said that the new film franchise would “re-envision the Mighty Morphin’ Power Rangers, a group of high school kids who are infused with unique and cool super powers but must harness and use those powers as a team if they have any hope of saving the world” as stated in the official press release. 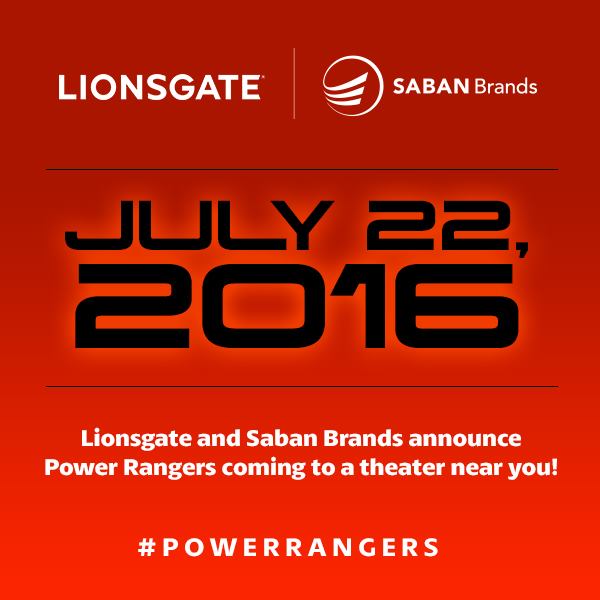 Did I mention that it comes out next year?!

Since then we have had screen writers in the form of Ashley Edward Miller and Zack Stentz (X-Men: First Class, Thor, Terminator: The Sarah Connor Chronicles) as well as Executive Producer Roberto Orci (Star Trek) come and go from the production. For several months, fans have speculated and waited for more news pertaining to our beloved franchise. Then suddenly, it was announced by The Wrap and Variety that the ‘Project Almanac’ Director Dean Israelite was recently tapped by Lionsgate to helm the franchise moving forward. This has gotten some mixed reactions across the board. You have those that are doubtful given the reception of Project Almanac and those that are hopeful given that a presentation that blew away studio execs and the job was handed to him very quickly over supposedly other top tier directors. It is also worth mentioning that thanks to folk like Marvel Studios always changing the game with releases of quality superhero movies especially in the form of The Avengers, I believe that there is now a consistent and perhaps textbook formula for creating good fun superhero movies that would guarantee to resonate with both audiences and critics. This makes it much easier for new and upcoming filmmakers like Israelite to give us the Power Rangers movie we want and deserve.

Making this is not Rocket Science at all…

As for what the Power Rangers movie should be, in short it should be a movie that mixes the superhero action of The Avengers with the giant robot action seen from Pacific Rim with High School Drama. To Mr. Israelite, I say this simple message from a fan who wants to see Mighty Morphin’ Power Rangers well loved among the public masses as much as Marvel or DC nowadays in how its audiences span from kids and adults. I’d like to see likable and relatable teenage protagonists who don’t know 10 types of Kung Fu straight away like in every iteration of the show’s various seasons. I’d like to see a cool team dynamic form with back and forth banter just like in The Avengers. I’d like to see awesome memorable villains. If they’re not straying too far from the original first episode then both Rita Repulsa and Goldar need to be re-imagined in an awesome way. I’d like to see updated battle suits and a big city battle where our heroes face down the alien army just like in The Avengers. Lastly I’d like to see an awesome spectacle in the form of giant robot battles where the Rangers not only use their Megazord but also their Dinozords individually against the big monster. It just makes that formation all that more special and would put it in its own spotlight separate from other robot movies. What it shouldn’t be is everything in Joesph Khan/Adi Shankar’s Power/Rangers viral fanfilm which goes against everything Power Rangers stands for.  It is not a pseudo-Watchmen type deal.

Fantastic Beasts and Where To Find Them Still Newt-Less