One of the most important aspects of a child’s upbringing is television. Sure you have to make sure the kid has love, good health and wellbeing, a chance at an education and all that boring rubbish but when it comes down to it, TV is the one that really matters. Television can act as a babysitter, a friend, a teacher and even to some extent a parent. So why does it seem that today’s offerings of children’s TV is lacking when it comes to quality? Could it be down to growing popularity and affordability of video games, the rise of the internet and Youtube personalities or just simply a nostalgic bias for the children’s TV of your own generation(probably this one)?

Sure, today’s offerings aren’t all bad and shows like Peppa Pig, Star Wars: Clone Wars and My Little Pony: Friendship Is Magic are all proof that kids’ TV is not dead and of course, you are always going to have your old classics like Sesame Street, Thomas The Tank Engine and Play School. The thing is though, when you look at the other offerings, it seems the quality is spread very thin and every show seems to be the result of endless board meetings and corporate intervention. Luckily in the 80s and 90s, capitalisms hold on kids’ TV was a lot looser and with that came a lot more creativity.

The first thing a kids’ show must have to make sure it’s a hit is a great theme song and Arthur does not disappoint. Who ever had the idea to ask Bob Marley’s son, Ziggy Marley and his Melody Makers to write the song knows how to produce a TV show. If you are surprised by that fact you may also be interested to know that Arthur is actually an aardvark, not a dog. I know right, I made it through my whole childhood thinking he was a dog, which if you think about it is a bit weird considering he has a pet dog of his own.

Arthur did not only have a great set of characters and storylines but it managed to wrap the entire show up in a lovely set of morals. Something you don’t realise until you look back on it, listening to the lyrics of the theme song and looking at all the characters. Almost every character is a different species of animal and they are all getting along, even the bully, Blinky(he’s a bulldog by the way, a bully bulldog, ha ha great joke). All these things add up and help make Arthur a fantastic show that has now become the one of the longest running animated shows of all time.

How can you go past a kids’ TV show that’s main character is named after the cockney rhyming slang for well, maybe you can work it out for yourself. His name is Berk, Berk is short for “Berkely Hunt” and the Cockney’s tend to rhyme their intended word with the last word in that phrase. Now that I think about it that sounds a lot worse than it really is, “berk” generally means a fool or an idiot in modern British society. Which fits Berk quite well and most of show’s joy comes from Berk foolishly opening the trapdoor, disregarding his friend Boni and the theme song’s advice(which is great by the way).

The beauty of kids’ television is that it isn’t bound to any specific genre, format or even length and some of the best shows never ran more than five minutes. For The Trapdoor that was just enough time to get in, tell the story and then get out.

Any Anime Show From The 90s

If there is one thing the Americans are good at, it’s taking other countries’ ideas and claiming them as their own and that’s exactly what they did with anime. Anime is now a huge industry in America and it all started in the 90s with Dragon Ball Z. Ok, technically Astro Boy was the first anime, both in Japanese and western culture but it was for a long time the only anime people could name. After Dragon Ball Z opened the flood gates it wasn’t long before shows like Pokémon(the original Skylanders), Sailor Moon and Digimon flooded our western screens.

If you go back and watch Dragon Ball Z and Pokémon, they stand up surprisingly well. The time and effort that has gone into the world of Dragon Ball Z is very impressive and if you like fight scenes, they can go for literally hours in Dragon Ball Z. As for Pokémon, well everyone likes Pokémon right? That is the original 151 of course, after that it all went a bit rubbish. If you don’t like Pokémon, that’s alright, you can just watch the show for Team Rocket, they are hilarious. 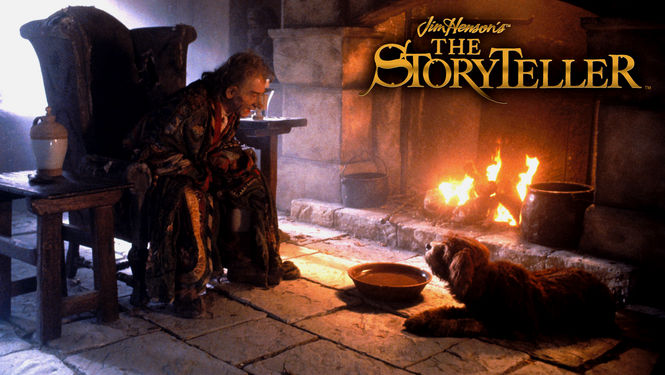 Unfortunately like the European folk tales it retells, The Storyteller has become forgotten over time and has now become a cult classic. The DVDs went out of print a decade ago and it has yet to be repeated in the past fifteen years.   On the other hand, becoming a relic of the past quite suits The Storyteller and it also means people have forgotten it’s terrible, terrible Greek myth spin-off.

Ask any Australian kid from the 90s which show was the best and I’m sure it wouldn’t be long before they broke into song.

“Have you ever, ever felt like this? How strange things happen, are you going round the twist?”

I really, really could go on but that would only be a lazy attempt at bumping up the word count, also it gives me an excuse to embed a video of the show’s opener in this article.

Starting in 1989, the show went on to be a staple of television in the 90s a fact that is very much highlighted by the casts’ clothing choices. Weird, quirky, funny, dramatic, romantic, smart, essentially pull any adjective out of the Storyteller’s handbook and you would be able to use it to describe Round The Twist. Although, unique would be the best word to sum up the show, there never has been a show in any genre quite like Round The Twist.

Have any others to add to the list, or just downright disagree with me feel free to leave your thoughts in the comments.