Since the events that transpired in the premiere “The Siege of Lothal” where our protagonists had a close call with the Empire and were even lucky to be alive after facing off against THE Darth Vader, they find themselves on the run again and must find a new base to hide. Ahsoka Tano (Ashley Eckstein) tasks our Lothal rebels with searching for a long lost ally who can hopefully provide some answers into where they should go. The crew then take the Ghost to the distant planet Seelos where they find characters not seen since The Clones Wars aka a group of ex-Clonetroopers in the form of fan-favourite Captain Rex, Commander Wolfe and Commander Gregor.

Seeing the Clone Troopers return satisfied many Star Wars fans as each of them now have a fanbase thanks to the amazing series predecessor The Clone Wars. Each of these clones have had long arcs where they were fleshed out and given real likable personalities. Their appearance provides some answers into the years since the Empire’s uprising and at the same time provided some intriguing questions. If you watched the missing episodes of Season six which were released later on, you’ll learn that mind chips were implanted which made clones obey Order 66 without any question. Luckily, for each of these troopers they were removed much later. I’d like to see some sort of comic that went into the missing years of both Ahsoka and Rex as well as the other Clonetroopers since the end of The Clone Wars.

Speaking of Marvel’s run on Star Wars comics, readers of those of the current set especially Kanan: The Last Padawan would probably get an extra

kick and more sympathy points for Kanan’s distrust of the Clones seen here. This stems from the fact that the Clones killed off his own Jedi Master Depa Billaba which was depicted within the comic. Coming back to the TV show, one can see that there is a running theme of Kanan vs. everyone else in terms of opinions with how they should go about doing their Rebel things. I wonder how far this will go on before Kanan snaps himself into action much like he did in the previous Season finale. On the other side of things, it is apparent that Ezra still remains a sense of innocence about him through his interactions with the Clones and even try to recruit them back into the fold. I wonder if this difference of opinion might ever reach a tipping point for the crew.

What could’ve been improved about the episode was the whole creature hunting scene involving the crew as well as the Clones. It took up a large section of the episode and was rather long and drawn out and it kind of reduced the dangerous situation the Rebels are in at the moment. As well as this, the fact that Wolfe outright betrayed everyone by selling out the location of a Jedi was rather rushed in and swept under the rug. It felt like a quick way to quickly bring the Empire in.

Overall, I found the episode to be a little less intense than “The Siege of Lothal” yet a little satisfying. Not much happened although it was nice to see the Clones again. I just hope that we get more of the high stakes action and story like in the latter parts of Season 1.

The Mindy Project S04E04 ‘The Bitch is Back’ 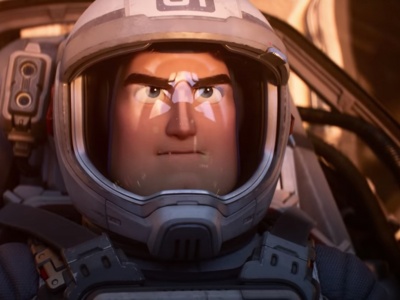