Coming at you live from lockdown central in Melbourne, Netflix saved our week by allowing us early access to its brand new fantasy show Sweet Tooth. It is based on a DC comic, filmed in New Zealand and boasts rich visuals, fantastic storytelling and a premise that will keep you guessing till the end, while the show is set during a pandemic which may have set off a few triggers, I was completely gripped with this show from start to finish. It manages to balance a completely dark premise that has a really weird slant that may take some viewers time to adjust to its quirks. It does have a lot of humour and memorable character moments that elevate this to be one of the finest streaming series offered this year.

The story is set ten years after “The Great Crumble” destroyed society. Adults started dying of an incredibly contagious disease that gives you the shakes, children started being born with animal DNA, appearing as hybrids, part human and part animal. Blaming the hybrids for the outbreak, the humans attempted to wipe out them out in an effort to stop the virus. This series follows Gus aka Sweet Tooth (Christian Convery) and his dad (played by Will Forte) are living in their own compound deep in Yellowstone National Park. When bounty hunters find a way into their camp, Gus is left alone forced to venture out into the real world for the first time in an attempt to find his mother. It’s not all easy going, Gus is a hybrid with deer DNA firmly embedded in his genes complete with antlers and the cutest animatronic ears you have ever seen. Along for the ride is his protector Big Man Jepperd (Nonso Anozie) who is not completely down for the adventure, but sees something in Gus that makes him want to help him.

That’s not the only story that Sweet Tooth is here to tell, in the mix is Dr. Aditya Singh (Adeel Ahktar) who is at the centre of a community deep in denial about the outside world and who by some miracle have managed to keep it all out. Dr Singh has been experimenting with different vaccines and has successfully kept his wife alive but must produce more to stop her symptoms from reappearing and the neighbours getting curious. Lastly a refuge called the Hybrid Preserve created by Aimee (Dania Ramirez) keeps hybrid kids safe from the outside world. Aimee puts out flyers in the local surrounding areas with offers of help if anyone needs it. This is probably the story that is shown the least in the series. While it does have a big part to play in the end, it should hopefully be an integral part of the second season.

The performances from Convery and Ahktar is what grounds the film. Convery brings such a child like wonder and curiosity about the world, you cannot help but be won over by his positivity. As the journey moves on and more and more is uncovered, Gus’s attitude to the world never waivers regardless of what is revealed. As his past is uncovered and he finds his place in this new world, director Jim Mickle allows for the characters to really breathe as they travel through the world. Ahktar brings his total bad ass to the screen here, allowing his character to be a touch mercenary that eventually gets won over by Gus and his wide eyed charm. The production is absolutely spectacular with Netflix and Warner Bros Television sparing no expense in this lavish world.

Filming for this was done in Auckland, New Zealand and while we have seen these locations before in many fantasy films, Team Downey do their best to make sure that this looks like its own thing and they really do a fantastic job. The animatronic effects on Gus are fantastic, the ears that move up and down along with his facial expressions look incredible. While they could have easily done a CGI job, the effort put into the animatronics are really effective and enhance Convery’s performance. A few of the children at the sanctuary do have some jarring looks, a child who is meant to be a mole has an odd look but I really am picking here as the show is a spectacular fantasy epic.

Sweet Tooth may not be the best known comic series, what Netflix have done is crafted something special and made an addictive new series that might be among the best new series of 2021. Shuffling three narratives into the one story is no easy feat. The constantly changing tone and dipping in and out of the past could be jarring under a lesser skilled director, however Mickle has a steady hand and it never falters. Both Convery and Ahktar give commanding performances as the leads in this both individually and together which helps connect the characters to the world. While it may be not ideal to watch a series about a world in a pandemic in current times, the fantasy element is enough to keep it clearly seperate from what we are experiencing right now. If you are into other fantasy epic shows like Shadow & Bone, Jupiters Legacy and Supernatural, this really is a show you will get a lot out of.

Sweet Tooth is available exclusively on Netflix from June 2nd.

An incredible dystopian fairytale that is sure to be Netflix's next big hit.

The Conjuring : The Devil Made Me Do It Review 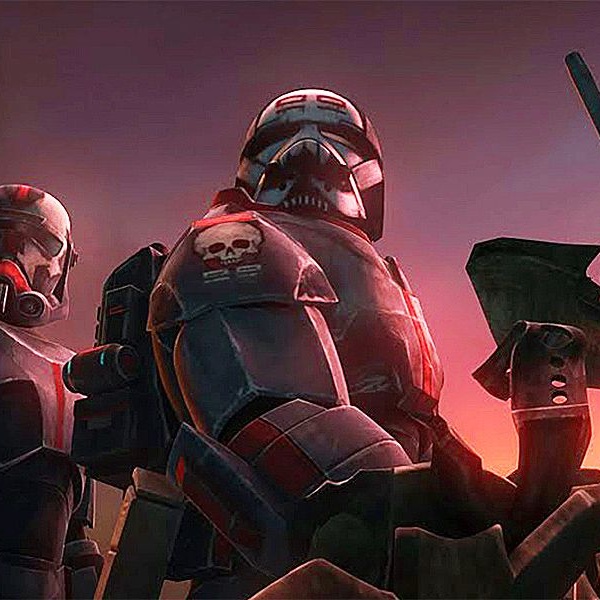